Fused Quartz glassware is the secret ingredient to many scientific experiments. It handles heat and cold without cracking, remains inert to most chemicals and does not interact with light, a quality that makes it perfectly transparent. It doesn’t change shape and remains hard when cold, but becomes flexible when hot.

“Fused quartz implies crystals, but it’s a misnomer,” says Thomas McNulty, a material scientist at GE Global Research and a quartz expert. “Even though it has distinct properties like crystalline solids, the material is actually amorphous.”

McNulty says that producers manufacture fused quartz by heating ultra pure silica sand to temperatures exceeding 3,600 degrees Fahrenheit, higher than the melting point of steel. “The silica looks like bright, white beach sand,” McNulty says. “There are only a few places in the world where you can get it, including here in the U.S. in North Carolina.”

Because of the material’s high melting point, workers use furnaces made from tungsten and graphite. The resulting mass of fused quartz contains amorphous chains of pure silica molecules which give the material its prized properties. Like a faithful couple, “silicon and oxygen really like to be bonded to each other,” McNulty says. “Because they are so strongly bonded, they have low reactivity with most other elements. 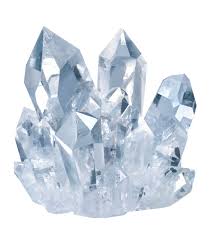 Wondering about the future of the fused quartz market? Consider this report. According to Cole Market Research: “Global High-grade Fused Quartz Market 2020 by Manufacturers,… 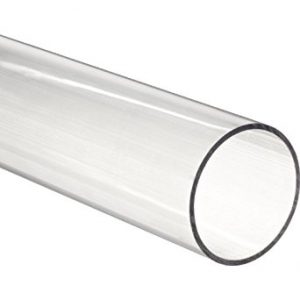 What is Fused Quartz?

“Quartz glass: A clear vitreous solid, formed by melting pure quartz, that can withstand high temperatures and is extremely transparent to infrared, visible, and ultraviolet…

How Can I Tell the Difference Between Fluorite & Quartz?

Quartz and fluorite are two very different minerals, each with a different hardness and crystal structure, although on the surface they look very similar. Both…

How to Tell the Quality of Quartz

Quartz – chemical name silicon dioxide – is one of the most common minerals found on the earth’s surface. Quartz covers a wide variety of stones, many…